Why Archlinux is awesome!

Arch, Arch Linux, Archlinux, all is possible to refer to this project (Arch Linux is correct). This is a rolling release distribution, which means that there aren’t any Major releases. A Software maintainer creates a new release, for example Nmap 7, the Arch package maintainer tests the release and ship it if it works. That’s it! Nobody cares if it is a feature update or “just” a security fix, every update gets shipped. This is important for several reasons:

Don’t fuckup my system!
Debian, CentOS, Ubuntu, they all are well known for shipping old software. They release a new major version, like CentOS 7, which from now on only receives security updates. They don’t want big changes that “could break anything in the distro”. For example, they ship Apache 2.4, everything is fine, until the Apache Foundation releases 2.5 with security fixes. Now the CentOS package maintainer have to take a look at the new source code, try to figure out what changed and backport these changes to their Apache 2.4 package and update it. So problem is, a normal package maintainer isn’t really familiar with the source code, while patching it, it breaks. I had hard fights with Canonical for breaking their Qemu, LibVirt and Linux-Kernel releases. All issues I had with Ubuntu were based on their stupid patches to backport anything. You don’t have this problem if you run a rolling release distribution like Gentoo or Arch, because the package maintainer try to not modify the code.

I want a secure environment!
Take a look at the last year, we had so many issues in OpenSSL and Bash. In a few cases, there is a release, for example Bash 4 (fictional release). The developers release a newer version, Bash 4.5. Arch gets updates often one to seven days after the release. If CentOS initially shipped Bash 4, they will stay with it until they end support for the complete CentOS release, which will be June 2024 for CentOS 7. Now somebody reviews Bash 4, finds a huge security hole, and notice that it got fixed in 4.5 by accident. Nobody told anybody that 4.5 had important fixes, so nobody backported them. Which means that all these release-based distributions are open for hacking and exploiting. This is a serious issues that happened several times in the past. This won’t happen with rolling release because you get every damn update!

But every major software update will break my legacy system, I don’t want rolling release!
I heard that so often, especially from old CentOS administrators, they love their old system because they never touch them (on the other hand, they also don’t support software that is newer than 10 years, it simply doesn’t work on their systems). But this statement simply isn’t true, sometimes there a bigger changes that you might want to know, so you should read the distributions release notes, they will announce bigger changes (this counts for Gentoo and Arch). But if you use the software as expected (for example Apache: save your websites where the Apache devs recommend it), everything will work and the package manager emerge/pacman will do his job to provide you a running software.

so right now we got the following reasons for Arch:

But there are other cool things about arch: The community is cool! I’m proud to say that I’m part of this community. We’ve got an active IRC channel where you can really always ask questions, we do surprising birthday presents that are sometimes recorded on cam, I also try to organize in person meetups from time to time. I’m very proud that I could organize the first Arch BBQ event this sommer with a lot of meat: 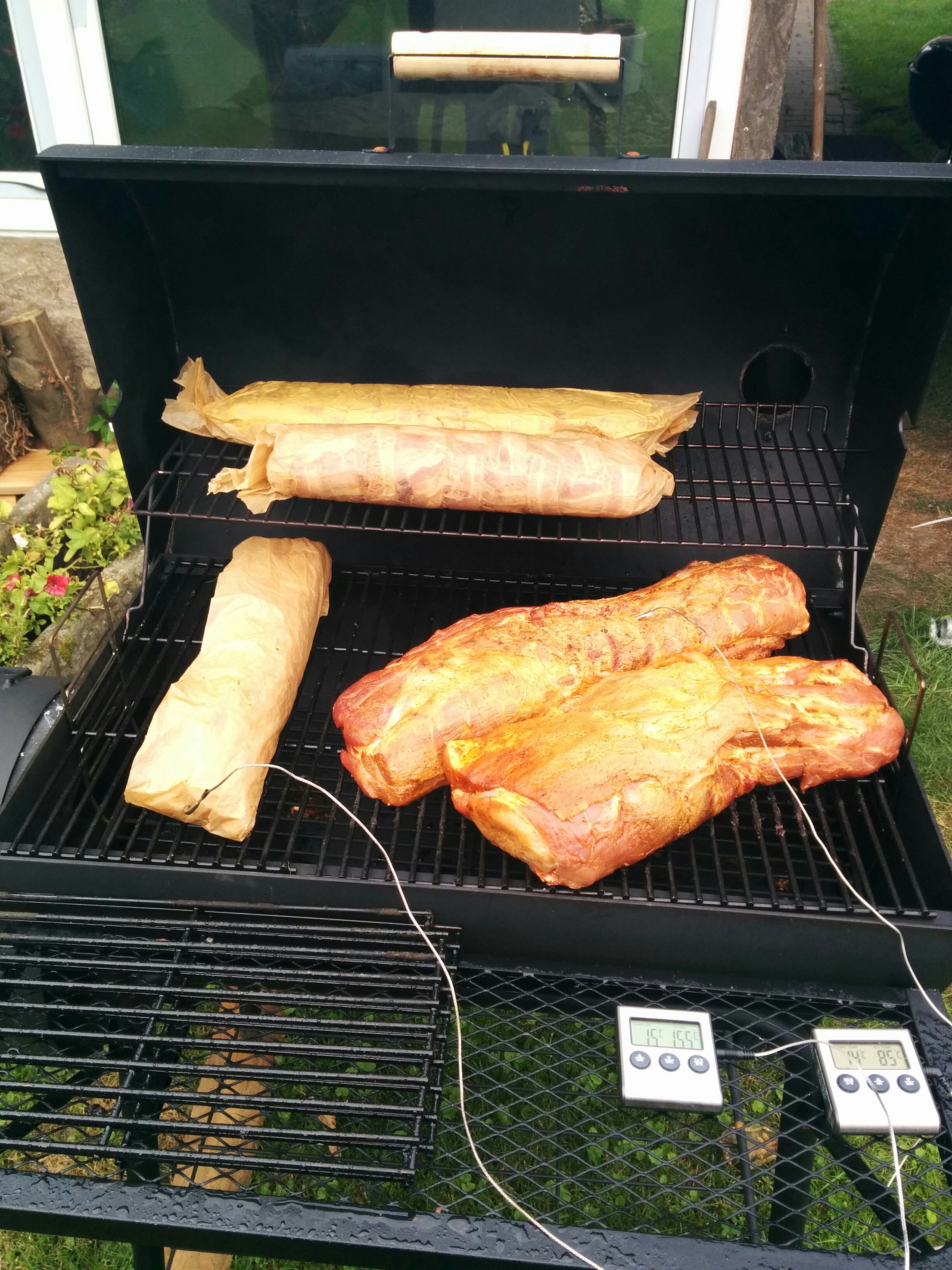 Our next reunion will probably be on the 9. of January where we do a Christmas/New Year cooking session.

Conclusion
The technical aspects of a linux distribution are important during the decision for your next most loved OS, but I think that the community is as important. They provide you help, feedback. They also allow you to participate, to direct the development. Let me know what is your most loved OS and why!

Tweet
This entry was posted in 30in30, General, Linux. Bookmark the permalink.

1 Response to Why Archlinux is awesome!